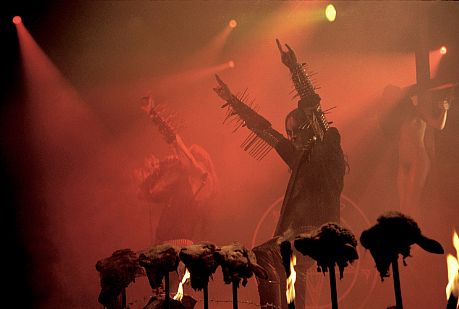 Our August podcast episode is officially here! This month, Jen and Collective contributor Steve sit down to chat about the dark and violent black metal scene of the 90s. This episode will cover Satanic church burnings, ritualistic crimes, gruesome killings and everything in between, all at the hands of black metal musicians.

You can stream the episode on iTunes, Spotify, Podbean, or listen below:

As mentioned in the episode, there’s quite a big of supporting content worth watching in association it. Keep scrolling to check it all out!

In the following clip, which we included part of in the epsode, Gorgoroth member Gaahl discusses Satan being his musical inspiration and his unwavering support of church burnings:

In the episode, we discussed Mayhem frontman Dead’s suicide, which was photographed and later used as an album cover. Below you can see the photo, taken by the guitarist when he discovered his bandmate’s body, and its use by the band. 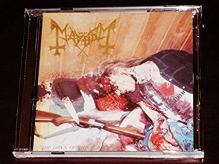 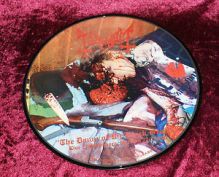 The following video is Gorgoroth’s infamous 2004 show in Poland which local authorities were quite displeased with and which got Gorgoroth kicked off their record label. Definitely worth a watch.

In the following Vice documentary, we get an introduction to the Norwegian black metal scene and run into Gaal sipping on his glass of red wine (or blood?) once again.

Dark Side of History

Lords of Chaos by Michael Moynihan and Didrik Soderlind